While I'm young, I choose to focus on books that can communicate simply, the principles or foundations on a relevant topic or field,  resulting in ideas and habits that have the greatest value spread over time. A number of these books tend to be actionable and in the non-fiction category as I strive to learn more about the world. Reading more has also given me the endurance to approach some of the denser books, instead of shying away from them and over the course of the year I found more value from those kinds of books. My list contains a mixture of new and some older books, some classics can stand the test of time. Here are some of the best books I've come across this year:

Zero to One: Notes on Startups, or How to Build the Future 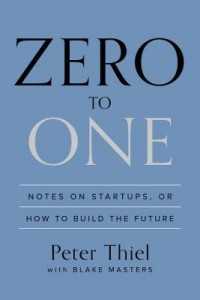 Zero to One is one of the best books I've read on startups. It wouldn't surprise me if this book inspires the next founder to create a Facebook caliber company of our era. Thiel provides valuable lessons learned from the 90's tech bubble and crash, but clarifies that the mistakes of the past are potential future realities and no necessarily a determined future. I enjoyed the emphasis on focus on creating new value in markets with little competition that you can monopolize so you can have the space and focus for an upward growth trajectory. Thiel lays out the foundation; components and attitude needed to survive the turbulent startup environment. 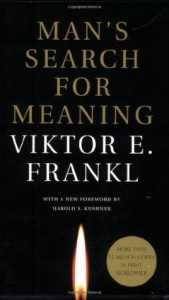 Dr. Frankl's story truly exemplifies that even when one is at their weakest point they have the opportunity and a choice to become their strongest. Viktor Frankl spent three years in concentration camps during World War II, going through and witnessing the evils that mankind is capable of but also realizing the inner strength one has to survive such conditions. Dr. Franklin realized that life is not primarily a quest for pleasure as Freud believed, or a quest for power, as Alfred Adler taught but a quest for meaning. He saw that even in great suffering one can uncover meaning.

"Everything can be taken from a man but one thing: the last of the human freedoms--to choose one's attitude in any given set of circumstances, to choose one's own way." - Viktor E. Frankl

The Art of Learning: An Inner Journey to Optimal Performance 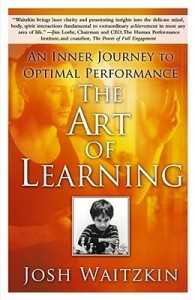 The Art of Learning is an engaging autobiography of someone who reached a world-class level in two highly competitive sports both mentally, as a world class Chess grandmaster and physically, through Push Hands Martial Arts. Even in these solo-sports, Josh did a good job showing the benefits of a great advisor, coach or mentor. Through these trials, Josh describes his triumph and struggles in addition to his development of the habits and commitment necessary when you're up against the best of the best and yourself.

The Blank Slate: The Modern Denial of Human Nature 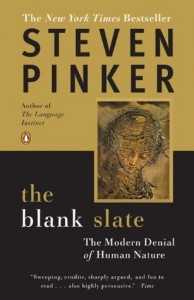 The Blank Slate, by Dr. Pinker, will have you deeply think about and question what you think about how the human identity and intelligence forms at the point of birth going through the experiences of life. The idea of human nature or lack thereof has been debated throughout history and has had profound implications on laws, religion, politics, education, other societal interactions and how we view ourselves. Pinker argues that there is a form of Human Nature through genetic predisposition and that environment and society plays a slightly smaller role. I would say this is a pretty dense book, but well worth the time invested.

The Personal MBA: Master the art of business 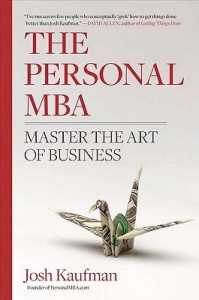 I think this book should be required reading for any business school student. If you are not familiar with business, The Personal MBA gives a good high to mid level overview on the components of a business without scaring you off with too much technical detail. It details' Josh's efforts to self educate himself on the world of business and hint: It's totally doable. I was surprised on but enjoyed that it included sections on the Human Mind, Working with yourself and working with others. Part of a business is about interacting with other people through the exchange of value. You can improve your business skills by learning more about yourself, what you have to offer and how other people work and think so you can offer value that solves a particular need or problem.

Thinking in Systems: A Primer 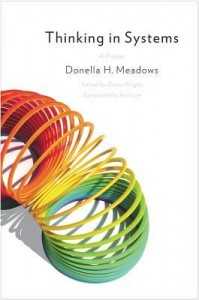 Every action has intended and unintended consequences and those consequences are not isolated, they trigger a wave of responses within the scope of its system. Meadows breaks down what a system is and how to get into a system thinking mindset. The key insight is that systems generate their own behavior. The inner workings of these behaviors can be understood by understood the stocks, flows and feedback loops within a system. The world is a complex place filled with systems and by getting out of our reductionist bias' and starting to view things from a bigger picture we can see how everything is connected. With that knowledge, we can design better systems and adapt and influence the systems in our communities and even the world.Last year's favorite reads. What were some of your favorite reads? Comment down below or feel free to share.