The State of Affairs 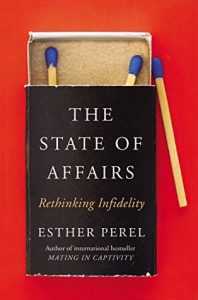 by Esther Perel In The State of Affairs, _ Perel holds an empathetic yet serious conversation and exploration of infidelity in relationships, leaning on her decades of counseling experience with couples. We have a need for security and novelty. There is also a deeper dynamic between love and desire, and which Perel explores in her prior book _Mating in captivity. The State of Affairs dives deeper into the motivations of infidelity, and pain that arises from the experience of having an unfaithful partner. Perel groups infidelity as including one or more of the following: sexual alchemy, emotional involvement, or secrecy. There are parts of our human nature that lead to friction in our relationships when operating within rigid definitions of marriage or what a relationship should be. Communication and Respect are the cornerstones of any successful relationship and this book talks about ways to cultivate those skills and traits within a relationship. I found State of Affairs to be a very important book and one that I’ll revisit as I continue to cultivate healthier relationships and expectations around the work necessary in a long-term relationship.

“We expect one person to give us what once an entire village used to provide, and we live twice as long.” ―Esther Perel

A Mind for Numbers: How to Excel at Math and Science 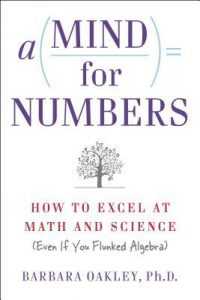 by Barbara Oakley Dr. Oakley struggled in math and science and realized how her lack of math and technical skills limited her options to rise in the military when she made a career change, as well as exploring other career options. Dr. Oakley explores the psychology behind focusing and breaking down problems which helped her cultivate the skills and a process towards excelling in Math and Science.A Mind for Numbers is an engaging book filled with stories and other anecdotes and is relevant to students and professions who would like to get better at understanding more analytical and scientific topics which is becoming increasingly necessary in our technical world.

“Focus on the process (the way you spend your time) instead of the product (what you want to accomplish).” ―Barbara Oakley

Murder of the Orient Express 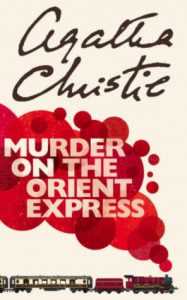 by Agatha Christie A deep cast of characters and a well thought out mystery novel. After a snowdrift leaves a train filled strained on the tracks, a murder takes place and one of the passengers, detective Hercule Poirot has to investigate the other passengers to find the murderer before the train reaches it's destination. As a reader, it was hard to pinpoint the culprit and the author lays a number of traps to have your mind going for a spin.

“The impossible could not have happened, therefore the impossible must be possible in spite of appearances.” ― Agatha Christie, Murder on the Orient Express

On the Shortness of Life 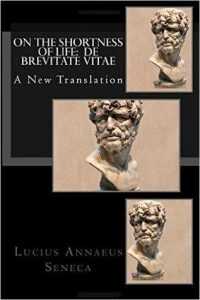 by Seneca Timeliness wisdom. Life is long if you know how to use it. That is the statement which underlines the essence of these series of letters written by Seneca to his friends and mother. It felt like a was listening to a mentor and friend and the Stoic concepts in this book have impacted my life. This is a character and value building book and a great introduction to stoic philosophy.

“It is not that we have so little time but that we lose so much... . The life we receive is not short but we make it so; we are not ill provided but use what we have wastefully.” — Seneca

A New Earth: Awakening to Your Life's Purpose 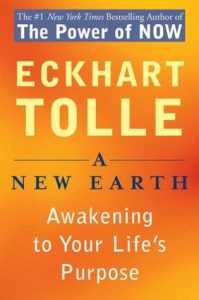 by Eckhart Tolle I really enjoyed Eckhart Tolle's, "The Power of Now" and feel A New Earth is a good companion. In a New Earth Tolle argues that it is important for us to transcend an ego-based state of consciousness. He talks about the difference between human ego, individual ego, and the collective ego. Excess of individual ego causes great personal suffering and the suffering can spread to other people. It creates anger, jealousy, unhappiness and a wave of other negative emotions. This is a great book for those who feel a lot of mental and physical pain and as seeking a sense of purpose. It can also help you better understand your feelings towards the sense of great dysfunction in the world.

“The primary cause of unhappiness is never the situation but your thoughts about it.” ―Eckhart Tolle 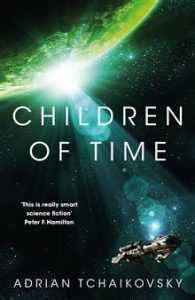 by  Adrian Tchaikovsky When the planet earth has depleted the last of its resources, what's left of humanity prepares to embark on a journey to discover a new home so their species can survive. Thousands of people are frozen in capsules and a serum is developed to create the next generation of superhuman to survive the challenges of a new planet. Children of Time is an epic space drama and philosophical dialog on environmental conservation, man vs beast, the beauty and danger of nature and what does it mean to have a soul.

“At last the words fought themselves free, 'Promise me--''Nothing, ' she snapped instantly.'No promises. The universe promises us nothing; I extend the same to you.” ― Adrian Tchaikovsky 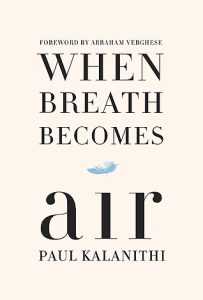 by Paul Kalanithi A defining trait in our species is the will to strive forward. Kalanithi captures that with his posthumously published book that he wrote while dying of stage IV lung cancer and through that journey trying to more deeply understand the purpose of his work, the life he has lived and has left to live, and the lives and identities he has been entrusted to save and protect as a neurosurgeon. Kalanithi writes and poetic and philosophical memoir as his personal reflection on the challenge of facing death head-on while being both the doctor and the patient.

“Don’t think I ever spent a minute of any day wondering why I did this work, or whether it was worth it. The call to protect life—and not merely life but another’s identity; it is perhaps not too much to say another’s soul—was obvious in its sacredness. Before operating on a patient’s brain, I realized, I must first understand his mind: his identity, his values, what makes his life worth living, and what devastation makes it reasonable to let that life end. The cost of my dedication to succeed was high, and the ineluctable failures brought me nearly unbearable guilt. Those burdens are what make medicine holy and wholly impossible: in taking up another’s cross, one must sometimes get crushed by the weight.” ― Paul Kalanithi

What are some books you've enjoyed reading this summer?