How does a kid who grew up in an urban environment living in the Bronx discover a Greco-Roman Hellenistic Philosophy from the early 3rd century BC? I have no idea.

Stoicism is a pragmatic philosophy that reminds us how unpredictable the world can be and to focus on the things within our control. Similar to Zen, Stoicism reminds us how short life can be, so do not waste it by being a prisoner to ourselves.

A Guide to The Good Life: The Ancient Art of Stoic Joy by William B Irvine 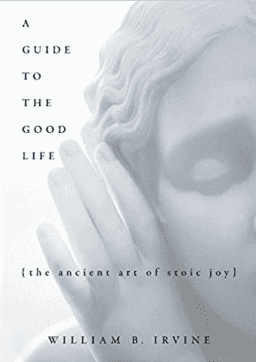 “We humans are unhappy in large part because we are insatiable; after working hard to get what we want, we routinely lose interest in the object of our desire. Rather than feeling satisfied, we feel a bit bored, and in response to this boredom, we go on to form new, even grander desires.” — William B. Irvine

A guide to the good life is one of my favorite books on stoicism.

Irvine summarizes the core Stoic lessons and techniques for attaining tranquility and living the good life in modern times. Some big lessons I learned were how to minimize anxiety and worries, how to detach myself from past failures, and focus on the things within the realm of my control, as well as how to reduce negative emotions like anger, anxiety, fear, grief, and envy.

I found the book to be a good introduction to Stoicism before diving into some of the source material from Seneca, Marcus Aurelius, and other Stoic Philosophers. I've read this book multiple times and it still has a strong impact on me and I come about with something new on each read.

On the Shortness of Life by Seneca 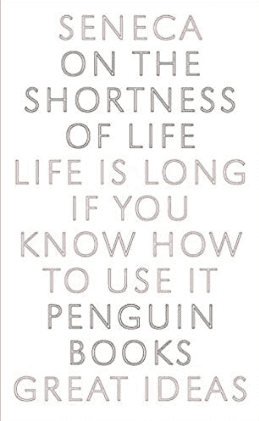 On the Shortness life is a short, engaging and insightful read with timeliness wisdom. Life is long if you know how to use it. That is the statement which underlines the essence of these series of letters written by Seneca to his friends and mother. It felt like a was listening to a mentor and friend and the Stoic concepts in this book have impacted my life. This is a character and value building book and a great introduction to Stoic philosophy. 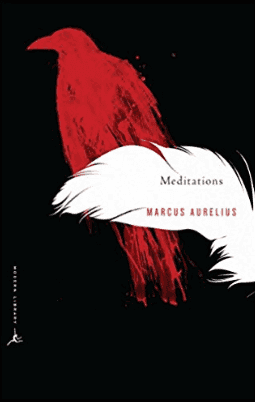 “Everything we hear is an opinion, not a fact. Everything we see is a perspective, not the truth.” — Marcus Aurelius

A goldmine of wisdom that has stood the test of time. Marcus Aurelius writes a series of personal notes to himself as reminders on how to live a good line. A man of great values and character, it was necessary to use logic and rational to solve life's challenging problems and not be broken down by temptation. He reminds himself to be present and not to get too attached to his emotions for they can drown our his logic. It is a defensive yet empathetic book of the struggles of man and the importance of having a philosophy to guide your greatest tool, your mind to live life to its full potential.

Letters From a Stoic by Seneca 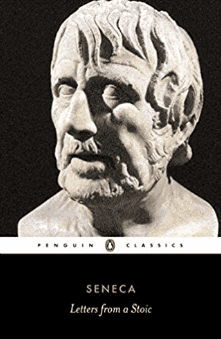 “If you really want to escape the things that harass you, what you're needing is not to be in a different place but to be a different person.” ― Seneca, Letters from a Stoic

Seneca played a major part in humanizing the perception of Stoicism for something that could seem cold and detached. Seneca served under the made emperor Nero and was ordered by him to take his own life after Seneca's influence grew in the capital. Accepting his fate, Seneca wrote a series of letters reflecting on life, and consoling his family and friends. He used the letters as a vehicle for providing everyone with advice and lessons what would guide them long after he was gone.

The Moral Sayings of Publius Syrus by Publilius Syrus 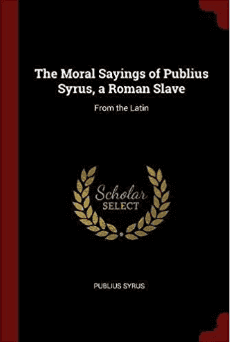 Publilius Syrus is a writer who lived between 85-43 BC as was a Syrian slave in Italy who was freed by his master due to his smarts and potential talent. The Moral Sayings is a concise and simple consolidation of one-line quotations of some of his life principles. It's very interesting to see the values from thousands of years ago that are still relevant today.

How to Be a Stoic: Using Ancient Philosophy to Live a Modern Life by Massimo Pigliucci 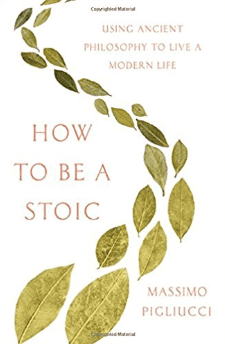 “One of the first lessons from Stoicism, then, is to focus our attention and efforts where we have the most power and then let the universe run as it will. This will save us both a lot of energy and a lot of worry." — Massimo Pigliucci, How to Be a Stoic

In How to Be a Stoic, Pigliucci approached the task of teaching stoicism by taking on the role of a mentee who is using the texts of past prominent stoic Philosophers, primarily Epictetus to serve as his mentors to help guide him through modern life. The book explores the Stoic Disciplines of Desire, Action, and Assent, as well as the four cardinal virtues of courage, temperance, justice and practical wisdom.